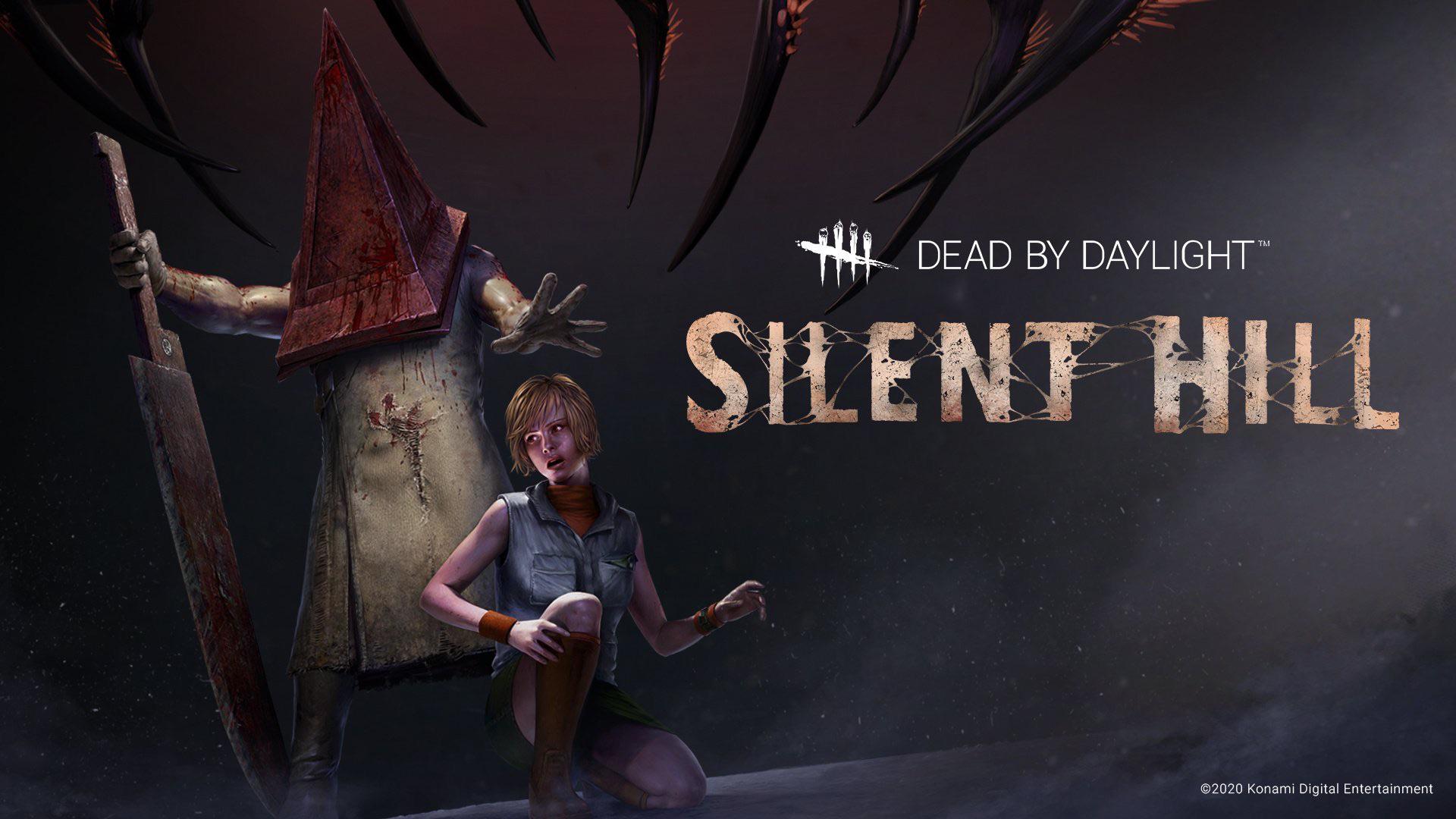 What's on your mind?

Unless you have an objection, I'm going to be renaming [[Category:Browse]] to [[Category:{{SITENAME}}]] and updating any links as required on this wiki. According to Fandom's internal research, this provides a little boost to SEO over the more generic names such as Browse, Content, Index, Wiki content, Game, etc.

If you already have a category by that name, it will become the top-level category and things in Browse will move under it. Sound like a plan? Let me know if you have any questions. You may, of course, opt out if you wish.

(edited by Moviesign)
I think he is both.
(edited by Caeden11)
Pyramid Head

Hi everyone! With the upcoming speculation around a new Silent Hill game (we'll know in a couple of hours!), I just wanted to greet everyone and let them know I'm still around! We've had a couple questions regarding making our own discord apart from being with the Konami Classics Discord! If you think it would be something you're interested in, let me know and I'll go ahead and make one!

If you need any help editing or have any questions, please don't be afraid to reach out to me on my message page or on discord !

Also if there is anything you think we should add, change, or have any thoughts about on the wiki, then let me know! It's been kinda slow these past couple of years but I really hope that a new game will bring some new hype to our beloved fandom!

I hope Dusk Golem's hearsay about the Silent Hill series returning proves to be true. Let's keep our fingers crossed, people. I'm hoping for the very best at the PS5 event tomorrow night, and you should too!

I'm posting this discussion because a lot of brand new users are creating articles about really really trivial Dead by Daylight stuff, now that SH was announced to appear that game. Some examples include giving each individual ability or perk its own article, and creating separate pages for Cheryl Mason (Dead by Daylight) and Pyramid Head (Dead by Daylight).

Most of the information that was in these articles was retreading stuff already mentioned at Dead by Daylight: Chapter XVI - Silent Hill or stuff that can be easily added there. I think the mods and most people will agree that creating articles about individual abilities or individual appearances of characters that already have articles isn't warranted.

(edited by Miwa Sakura Hamato)
This post is locked.
also you play as a male feminist who was brainwashed to obey females. As he watches Cindy being slowly turned into a sex doll, he slowly begins get off on the revenge-kink of a female being dominated.
(edited by FoamStinks)

I don't know. The rumours via people like "Dusk Golem" have me slightly excited about a possible return, but the lack of news over the past 8 years about this series has, quite frankly, been more frustrating than anything else.

Silent Hill was my second favourite series for quite a number of years, second only to Resident Evil. Although I'm of the belief that the RE Engine is not what everybody makes it out to be and the series as a whole is getting rather shitty now, I still consider it my all-time favourite video game franchise. I'm now more into The Last of Us, Days Gone and The Evil Within (because they aren't cheaply made) than I am Resident Evil.

They're arguably underrated games that people for some reason, seem to like to shit on. And I cannot believe that I'm calling Sony titles "underrated" games, but they kind of are. But those games have more of a backbone to them, in that there's so much more to do, and visually, they're all splendid.

The last good Silent Hill title was probably Origins. That was way back in the mid-2000s, though. Homecoming has awful combat mechanics, but is backed by an okay story, and Downpour is very below average. And not having Team Silent behind the games was probably why they failed.

Many survival horror games aren't grabbing me by the neck anymore. I think companies are too busy copying trends and soaking the art out of them. People are acting like the remakes of RE2 and 3 are winners, but honestly, they felt like overpriced junk I wish I could disown. Especially RE3. It's a cheesy, short, and soulless game. But for some reason, Capcom gets more praise than Naughty Dog, and other major publishers. I honestly think that's kind of pathetic, giving that Capcom is just doing these games as a cash grab, and even Resident Evil 8: Village sounds bland already.

There's plenty of information about theories and symbolism and all that on the wiki, which is all well and good, but I'd like to propose the simplest explanation possible.   Gravitas.  Pyramid head switches from the knife to the spear in the scene at the end of the hospital, to chase James and Maria through the twisting hallways.  Would that scene have had any impact or feeling of tension if he was slowly trundling along with the heavy knife that he's been shown to only barely be able to swing around?  Of course not.  He needed something lightweight, that wouldn't slow him down so he could give a proper chase.  it just boils down to narrative convenience.

Could someone pls give me the proof about Kaufmann being the director of Alchemilla, not just a doctor?

(edited by Boidae)
Am I the only person who loves this film or do a lot of people love it? I thought the film was really faithful to its source material. Shame Revelation was not very good.
(edited by Darkmaster345)
Silent Hill (film)

https://metro.co.uk/2019/11/25/hideo-kojima-death-stranding-sequel-horror-game-11213929/ Thoughts on this? I soppose Konami will eventally make the next silent hill game, but on first appearance kojima will make a new horror ip first.

Im new to the silent hill franchise and have a few questions that i figure would be best answered by the members of this board. I hope this is the appropriate place. 1: Ive played SH1 and 2 briefly. Very scary, but why is everything so vague and unexplained? I feel lost and confused. Is this intentional? 2: Should i be playing these games in sequential order? 3: Should i watch the movie now or later? 4: Should i read up on the lore here on the wiki before i tackle all the games? I wont lie, i was prompted to start playing Silent Hill more often after reading up on the circumsize thing/edit wars that took place here. Im sorry if that seems like a wield flex, but it helped me regain enough intrest to give this franchise another shot after it scared me shitless as a child.

Not sure if people will see this but does anyone have any theories or hopes of what Silent Hills plot could of been if it hadn't been cancelled, hypothetically ?

(edited by Delivers)
This is something that I haven't seen anyone bring up. In the original Silent Hill the health system is pretty easy to follow. The colour behind Harry's face in the inventory is his health (Green = High, Orange = Medium, Red = Low). However I noticed in the UK manual that there was a picture of a fourth Health Setting that was Yellow. It was aligned between Green and Orange and I just wondered if anyone knew if there was going to be fourth setting at some point, why it was scrapped, or how the health system would work as Health Drinks only restore one setting (Orange-Green in final game).
(edited by Phoeus)

So in Silent Hill 4, the song Tender Sugar has multiple versions.

and lastly, this cutscene remix .

I was hoping if anyone knows where i might be able to find that last version, it's rather soothing and I really would like to hear it without the dude talking over it.

please and thank you for your time <3

I am Jr Mime, a Fandom Wiki Manager for this community, the Silent Hill Wiki.

I am here to help the community, you, for any questions, issues about the wiki, editing, formatting, scripting, etc. I am also a liaison to full-time Fandom staff members.

Feel free to contact me on my talk page for any specific questions, or directly post on this forum thread.

It will be a pleasure working with you!

(edited by Jr Mime)
This post is locked.
I'm aware things have been resolved but I still worry that shit head Alex will squeeze his way back in as trolls always do . I wish the admins would consider a perma ban .As I stopped contributing screenshots and stuff or just posting in general because of his obnoxious spamming on my posts .
(edited by Lapistmacir)
Guidelines 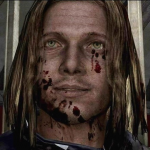 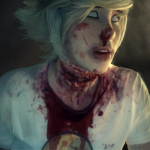 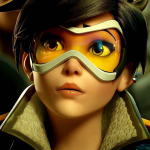 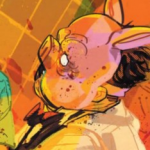 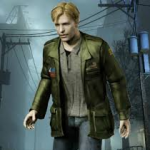 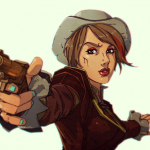 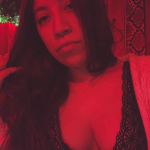 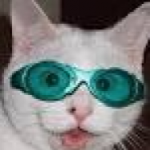