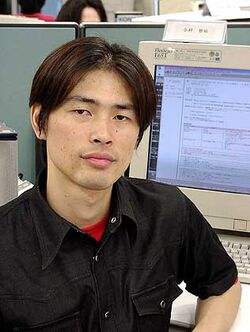 Imamura's first job was at Konami, and the first game he worked on was International Track & Field. He mostly worked as a programmer at first. He worked his way up to the title of lead programmer for the first Silent Hill game. For Silent Hill 2, he started out as the director, but then had to become the producer due to the game expanding so much. Later, he worked as the sub-producer of Silent Hill 4: The Room.

Retrieved from "https://silenthill.fandom.com/wiki/Akihiro_Imamura?oldid=191102"
Community content is available under CC-BY-SA unless otherwise noted.