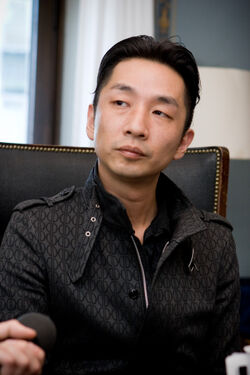 He is most well-known for his work for the Silent Hill series of video games, for which he composed all the music and sound effects in the whole series (excluding Play Novel: Silent Hill for the Game Boy Advance, "Esperándote" in Silent Hill, composed by Rika Muranaka and both Silent Hill: Downpour and Silent Hill: Book of Memories, which were composed by Daniel Licht). Starting with Silent Hill 3, he played a more important role as the series' producer while also continuing with his music composition work.

Much of his work from previous titles has been compiled for the 2006 Silent Hill film, directed by Christophe Gans. Yamaoka helped compose the score of Silent Hill: Revelation, along with Jeff Danna, who also worked on the soundtrack from the first film.

He also composed songs for Konami's Bemani series, which has also featured tracks from Silent Hill.

His first original album, iFUTURELIST, was released in January 2006. He also wrote the theme of 101%, the main show of the French TV channel Nolife.

Akira also worked on the Shadows of the Damned soundtrack and a remix of "Time to Make History" for Persona 4: Dancing All Night.

Before working as a video game composer, Yamaoka initially sought a career as a designer, but instead became a musician after studying product design at Tokyo Art College.

In 1993 he joined Konami to work on the game Sparkster: Rocket Knight Adventures 2. When Konami began searching for a musician to compose Silent Hill's score, Yamaoka volunteered because he thought he was the only one capable of making the soundtrack.

Yamaoka cites Trent Reznor (best known as the front man of Nine Inch Nails) as his main inspiration for both performing and in music style.

Yamaoka has also cites among his influences Angelo Badalamenti (best known for his soundtrack work with David Lynch), Metallica, and Depeche Mode.[1]

When asked if his studies at Tokyo Art College had helped him in his musical career, he replied:

Akira with Mary and Joe.

Akira in front of a promotional poster for Silent Hill: Origins.

Akira at a Konami conference.

Akira in his studio.

Mary Elizabeth McGlynn, Akira Yamaoka, and Hideyuki Shin at the premiere of Silent Hill: Revelation.
Add a photo to this gallery
Retrieved from "https://silenthill.fandom.com/wiki/Akira_Yamaoka?oldid=200512"
Community content is available under CC-BY-SA unless otherwise noted.