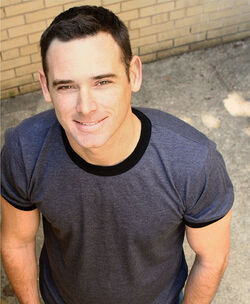 Andy Hendrickson is an American comedian and voice actor who portrayed the character John Sater in Silent Hill: Downpour.

Andy Hendrickson is a New York City based comedian and writer. He was a showcase winner at HBO's U.S. Comedy Arts Festival in Aspen, performed at TBS' The Comedy Festival in Las Vegas and a finalist at the Great American Comedy Festival. He has performed at well over 100 colleges and is a favorite headliner at comedy clubs across the country.

Retrieved from "https://silenthill.fandom.com/wiki/Andy_Hendrickson?oldid=191243"
Community content is available under CC-BY-SA unless otherwise noted.