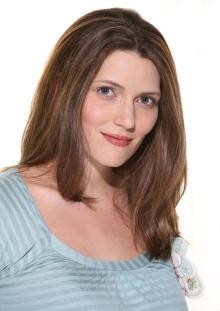 Anna Kunnecke is the voice actress who voiced Eileen Galvin in Silent Hill 4: The Room.

Anna Kunnecke did the voice acting for Eileen Galvin, a role which was widely praised. Her voice acting has been attributed to making Eileen a more likable character, as she is quite warm with Henry Townshend and converses with him relatively frequently.

Anna has offered a voice in two other video games, and was also an actress for three films. In 2005, she voiced Alice and Black Alice in Tsukiyo ni Saraba, and in 2008, she appeared in her first comedy film, Double Trouble (also known as Kanki no Uta), but was not credited. In that same year, she played the voice of the System in Space Invaders Extreme. She played a woman named Terri in A Player in Palacio in 2009, and lastly appeared in the very short drama The End of an End in 2011.

Retrieved from "https://silenthill.fandom.com/wiki/Anna_Kunnecke?oldid=193842"
Community content is available under CC-BY-SA unless otherwise noted.