George Rosten was a priest in both the Valtiel Sect and Holy Mother Sect of the Order and the right-hand man of Jimmy Stone in Silent Hill 4: The Room and one of the managers of Wish House Orphanage.

He personally instructed Walter Sullivan on the 21 Sacraments, and let Valtiel into Walter's unconsciousness to permit the "21 Sacraments" to take place, only to lose control of his own "pupil". He ironically fell victim to his own teachings when Walter beat him to death with an iron pipe and removed his heart in Wish House's underground altar.

George Rosten is known as Victim 6 in the game. His ghost does not appear. His memory is represented by a scripture of the Valtiel sect found at the spot. 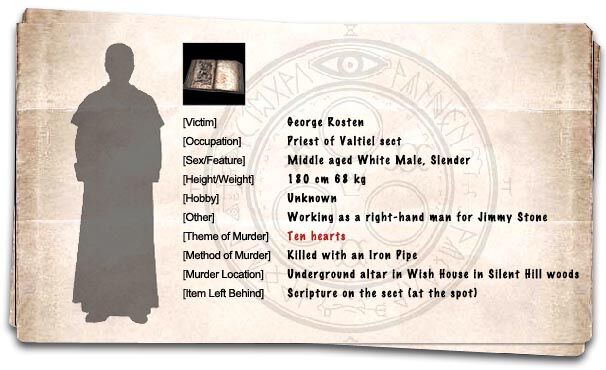 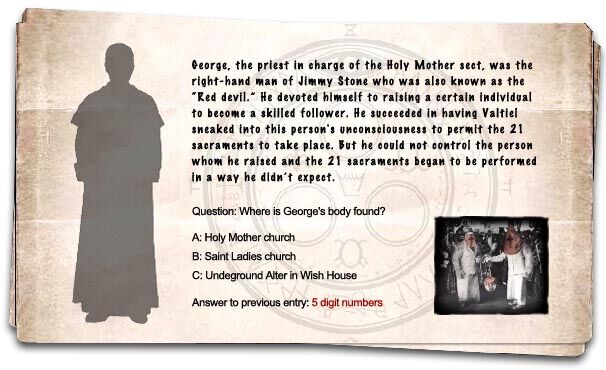