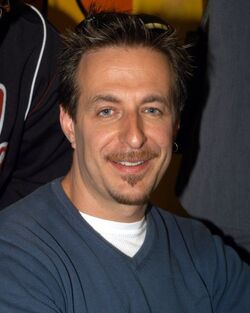 Jeff Danna is a writer and composer who works in film.

Danna began playing music at the age of 8, at which point he was forced into piano lessons. By 11, he had developed a marked affinity for the guitar. In 1989, he began composing music for motion pictures. He often collaborates with brother Mychael Danna, and has worldwide recognition for their Orchestral Celtic albums.

Retrieved from "https://silenthill.fandom.com/wiki/Jeff_Danna?oldid=191901"
Community content is available under CC-BY-SA unless otherwise noted.