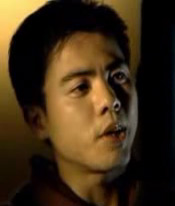 Having left Team Silent, Toyama continued to pursue a career in the video game industry, joining the company Japan Studio (where he worked along fellow Team Silent members Naoko Sato, the monster designer for Silent Hill, and Isao Takahashi). There, he worked on a horror-themed game similar to Silent Hill, Siren, in which the residents of an isolated Japanese town attempt to revive the evil god Datatsushi through an occult ceremony. Siren was met with fairly positive reception, and spawned two sequels, Forbidden Siren 2 and Siren: Blood Curse. On February 9, 2006, the Siren-based movie Forbidden Siren was released to coincide with the release of the second game in the series.

In 2012, Toyama worked on the PlayStation Vita game Gravity Daze. Toyama has stated that both Gravity Daze and Silent Hill are video games in which a person's "world" is being turned upside down, causing their sense of comfort to be lost.

Retrieved from "https://silenthill.fandom.com/wiki/Keiichiro_Toyama?oldid=201176"
Community content is available under CC-BY-SA unless otherwise noted.