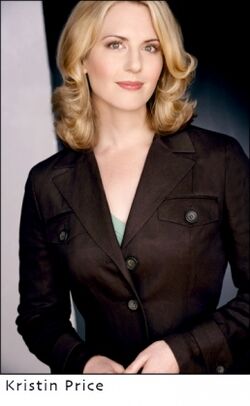 The following is an excerpt from her official website:

"She has been a performer since she was about 11 years old. Until 2004 she worked exclusively on stage (primarily musicals and Shakespeare) and then she began expanding into on-camera projects and voice acting. Since 2008 she has been focused primarily on voice acting and occasional on-camera commercials".

Retrieved from "https://silenthill.fandom.com/wiki/Kristin_Price?oldid=196073"
Community content is available under CC-BY-SA unless otherwise noted.