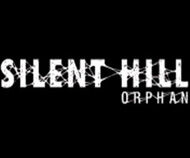 The game is played with first-person point-and-click gameplay. In order for the player to survive, a string of puzzles must be solved by using various items and clues. Orphan also unveils a new perspective on some past events that have occurred in the town.

Set in the abandoned orphanage of Silent Hill, a maze of dark corridors leads you to encounters with grotesque monsters. The only way to survive is to solve a series of puzzles by gathering clues and useful items.

As you progress, the twists and turns of the story unfold to reveal startling truths about the people and stories surrounding Silent Hill, giving a new perspective to some of the past events that have occurred in this evil town where nightmares come to life!

You can experience the story from the perspective of 3 different characters, so there are plenty of secrets to uncover! With rich, high quality graphics, eerie sound effects and a deeply frightening and mysterious story, this truly is an atmospheric and disturbing experience in keeping with the Silent Hill series.

Can you survive the nightmare!

Orphan takes place in the abandoned Sheppard's Orphanage in Silent Hill. One mysterious night, thirty years ago, almost every child in the orphanage was murdered, except for 3 children: Ben, Moon, and Karen. The game is divided into three chapters, one for each character, which interlock each other, shedding some light on the events that took place thirty years before.

The game begins with the player controlling Ben, who was one of the few children that survived the murders at the orphanage. Thirty years later, Ben returns to the Sheppard's Orphanage to see how things are doing. As he explores the orphanage, he hears the cries of another person, Karen, through a ventilation duct and he offers to find and release her as she can't remember how she got here. Soon, he finds a strange red symbol in a disused bathroom that transforms the orphanage into a grotesque, bloody Otherworld version infested with monsters. In the orphanage, Ben finds a letter stating that he was diagnosed with cancer as a child. A voice calls him to the shower room, his safe haven when he was a child. He returns to the shower room and is killed by an unseen force.

After Ben's scenario, the player switches over to Moon, another orphan that survived the massacre. Moon had attempted suicide since she was three years old and her parents, tired of her desperate attempts, brought her to the orphanage. Thirty years later, she returns to the orphanage and discovers Ben's corpse in the shower room and is told to kill herself by the same voice that Ben encountered. After further exploring, she obtains some scissors and the voice tells her to use them on herself. Instead she uses them to solve a puzzle, after which she discovers a suicide letter from herself to her parents, which Moon apparently never wrote. When Moon enters the boy's washroom, her apparent suicide location in the letter, she encounters the voice again who reveals herself to be Alessa. Alessa tells Moon not to fear her and that Moon needs to "feel this." Moon tells Alessa to get away, and the chapter ends on a cliffhanger.

After Moon's scenario, the player switches over to Karen, who is locked in the storeroom with no means of escape. She hears a voice through the ventilation duct (Ben) who offers to help her. She then rests on the floor and falls asleep. When she wakes up, the door is open and she finds Ben's corpse in the nearby shower room. As Karen explores, she regains fragments of her memory from the voice; Karen has a deceased sister named Alessa, who is the strange voice. After obtaining a drawing and solving a puzzle, Karen gains entry to a room in the Otherworld where she encounters Alessa, who helps her regain her full memory. It is revealed that Alessa wanted revenge for being put in the orphanage and manipulated her sister, Karen, into murdering all the people in the orphanage. Karen did so and grew up not knowing the truth, hence she forgot. Karen tells Alessa that she didn't want to kill and that Alessa was the one who made her do it. Alessa then thinks Karen is turning on her and unleashes a monster. After Karen kills it, Alessa tells her to "Visit Moon. She's waiting..."

Silent Hill: Orphan went somewhat unnoticed by the media and had few reviews. The only professional website that reviewed the game was Pocket Gamer UK.

The game has been well rated (8 one to 10), receiving praise for adopting the original atmosphere of the series on mobile phones, in addition to having good audio. Although, it was criticized for the greyish graphics.

Add a photo to this gallery
Retrieved from "https://silenthill.fandom.com/wiki/Silent_Hill:_Orphan?oldid=203205"
Community content is available under CC-BY-SA unless otherwise noted.