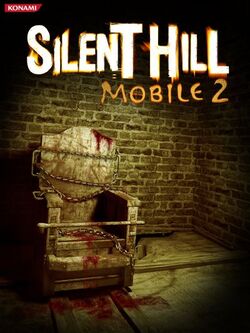 Lucas can't remember his name and doesn't understand what is going on. He is in pain and his skin feels warm. Karen tells him his name is Lucas and directs him to punish the man who is responsible for his and her pain. He meets Karen in her office in the hospital and kills her with a steel pipe.

Later, Vincent becomes the playable character. He is told by an unknown voice to meet at the hospital in Silent Hill. There, he finds Karen dead in her office. He finds a prescription with a note reading "A pair of raindrops fell from the sky. As they landed on the ground, a child was born..." He finds another note in a wallet in a vending machine, "Half a decade later, he spoke his first words and said: "Let Me Go." Six weeks later he died." In the nightmare version of the basement, he sees a face coming out of the wall. It calls him "father" and tells him that Karen told him that he was the one to blame. After defeating it, Vincent receives a key. After using it, he hears a voice asking him if he really thought he could get away with it. The game ends here and says "to be continued."

A map of the orphanage

Concept art
Add a photo to this gallery

Retrieved from "https://silenthill.fandom.com/wiki/Silent_Hill:_Orphan_2?oldid=202306"
Community content is available under CC-BY-SA unless otherwise noted.