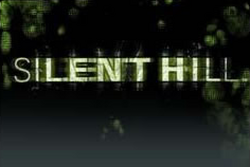 This article is for the Japan-only game. For the European game, see Silent Hill: Orphan.

Silent Hill is a mobile phone adventure game released in 2006. The game was available exclusively in Japan as an application over the i-mode mobile service in conjunction with the Japanese release of the first Silent Hill film. The game could only be accessed over the Konami Net DX page.[2][3]

The game is based in the same universe as the first Silent Hill video game, revised into a visual novel-style adventure game, consisting mainly of still images and text, similar to the Play Novel: Silent Hill. The gameplay is point and click, allowing the player to navigate the world and interact with the environment. An item system, map system, and battle system are all implemented.[3]

The game consists of three different chapters: Midwich Elementary School, Alchemilla Hospital, and Nowhere, each ending with Harry Mason receiving a password.[citation needed] Each of the endings from the original game, including the UFO Ending, can be obtained. The combat system is determined by the radio, which makes a certain amount of noise depending on how close the enemy is. During combat, the player can use weapons and items from the menu. Harry's health is indicated with a status bar and a color system (green meaning safe, yellow meaning caution, and red meaning danger). If Harry dies during combat, it will result in a "game over."[2][3]

The monsters in this game include the Mumbler, Twinfeeler, Bloodsucker, Puppet Nurses and Doctors, and the Floatstinger.[citation needed]

Cheryl in the car.

Twinfeeler
Add a photo to this gallery
Retrieved from "https://silenthill.fandom.com/wiki/Silent_Hill_(mobile_game)?oldid=202472"
Community content is available under CC-BY-SA unless otherwise noted.