Steve Garland is a character in Silent Hill 4: The Room. He operated a pet store in Ashfield named Garland's, and preferred animals over humans. Steve was easily angered by people.

His murder was particularly gruesome; after Walter Sullivan riddled his body with bullets from a submachine gun, leaving his chest undamaged so the heart could be removed, he proceeded to brutally kill all the animals in the store.

Steve Garland is known as Victim 4 in the game. His ghost takes the most damage before being stunned out of the "original" ghosts. The item he left behind is a small shovel found at the murder spot, which is normally used to clean animal excrement. He also uses it as a weapon.

Steve Garland's ghost in Room 107 in Apartment World.
Add a photo to this gallery 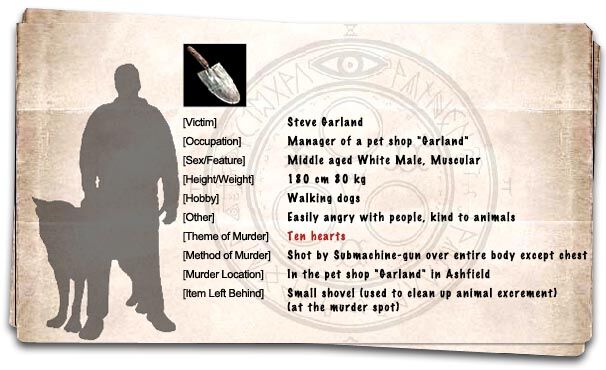 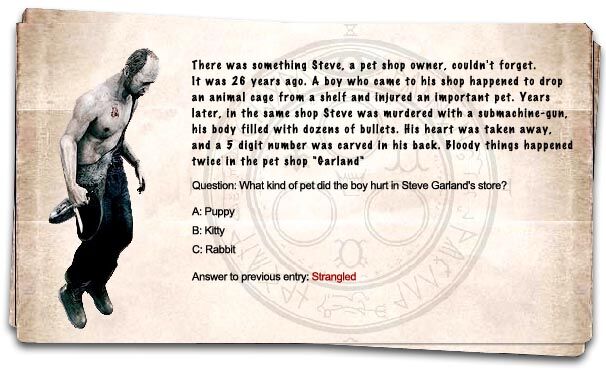 Retrieved from "https://silenthill.fandom.com/wiki/Steve_Garland?oldid=200579"
Community content is available under CC-BY-SA unless otherwise noted.