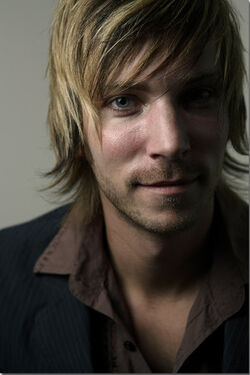 Along with Rob King, he also wrote and composed the song Love Psalm on the Silent Hill: Book of Memories soundtrack, providing background vocals on the track as well.

Troy is best known for his works in various animes and video games, such as Gennosuke Kouga in Basilisk, Excalibur in Soul Eater, Helmeppo and Ohm in One Piece, Yamato and Pain in Naruto, Jake Muller in Resident Evil 6, Vincent Brooks in Catherine, Booker DeWitt in BioShock Infinite, Joel in The Last of Us, Snow Villiers in Final Fantasy XIII, Delsin Rowe in inFamous: Second Son, and various voices in the Call of Duty series.

Retrieved from "https://silenthill.fandom.com/wiki/Troy_Baker?oldid=191257"
Community content is available under CC-BY-SA unless otherwise noted.