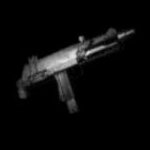 The Unlimited Submachine Gun is an unlockable firearm in Silent Hill 3.

It is found once the player exits the mall through the window and heads left into the alley.[1]

Retrieved from "https://silenthill.fandom.com/wiki/Unlimited_Submachine_Gun?oldid=202254"
Community content is available under CC-BY-SA unless otherwise noted.