Owner of the Watch & Clock store

William Gregory is a character who owned the Watch & Clock store in Ashfield in Silent Hill 4: The Room. Walter Sullivan stabbed him with a screwdriver and removed his heart.

William was famous for his skills with clock and watch work. 16 years prior to the game, a middle aged man left him a watch. William realized it wasn't a normal watch, but didn't understand why. William had a strange dream about the four reminiscences that appear later in the game.

William Gregory is known as Victim 9 in the game. His ghost does not appear. His contribution to Walter's world is a flat screwdriver found at the murder spot, possibly the same one Walter used to kill him. 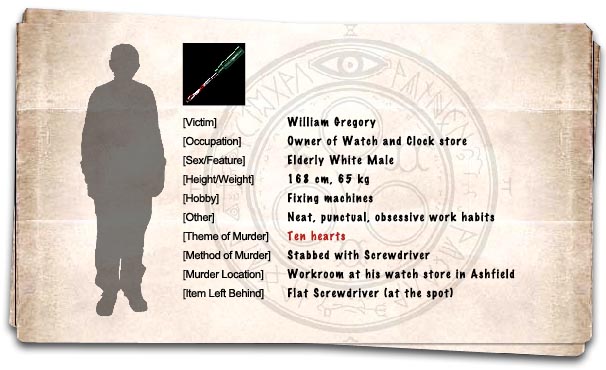 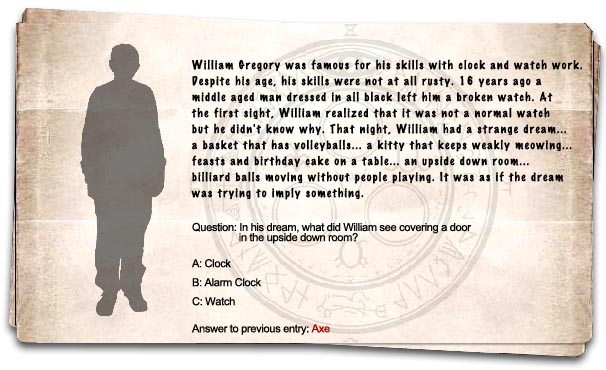 Retrieved from "https://silenthill.fandom.com/wiki/William_Gregory?oldid=198553"
Community content is available under CC-BY-SA unless otherwise noted.