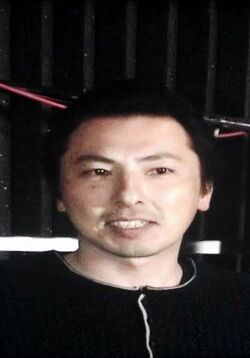 Yutaka Maseba is a Japanese producer who owns his own company, ZRO Limit Productions. He has worked closely with Konami on three Silent Hill games, producing the English vocals for songs found in the installments.

He is the brother of Osamu Maseba.

Maseba got his start by acting as the translation coordinator for the 1997 game Ghost in the Shell. Two years later, he produced his first game under the title of ZRO Limit Productions, Omega Boost. Since then, he has worked on over twenty games, including Castlevania: Curse of Darkness, Digimon Rumble Arena, and Drakengard.

Maseba has worked as the producer of English music vocals on Silent Hill 3, Silent Hill 4: The Room, and Silent Hill: Shattered Memories.

Retrieved from "https://silenthill.fandom.com/wiki/Yutaka_Maseba?oldid=202533"
Community content is available under CC-BY-SA unless otherwise noted.